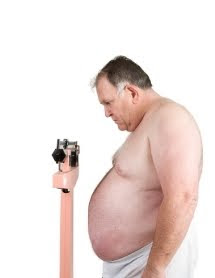 The regulation of hormones plays an important role in your health. For example, Prolactin is a hormone that’s made by your pituitary gland. High levels of prolactin suppress TSH or Thyroid-Stimulating Hormone.

Prolactin is balanced by progesterone and dopamine, so when people have a dopamine deficiency, or progesterone deficiency,  prolactin levels will often increase. This will decrease the function of the pituitary’s (Brain) production of thyroid-stimulating hormone (TSH).

This is why it’s important to know that there are “optimal” or “functional” levels.

Excess prolactin can cause infertility.

In men, excess prolactin depresses testosterone so they have low libido.

High prolactin can cause tumors that are called prolactinomas.

Another common female hormone disorder is PCOS, or Polycystic Ovarian Syndrome. It affects 5-10 percent of menstruating women, and it is one of the most common causes of infertility. PCOS symptoms include the inability to lose weight, hair loss, fatigue after meals, hormone imbalances, and sugar cravings.

Insulin resistance also promotes inflammation and immune system problems, which predispose the person to an autoimmune disease. In woman suffering with PN, can you see why it’s important to address Polycystic Ovarian Syndrome (PCOS)?

The bottom line is that excess levels of any hormone can cause Inflammation and exacerbate conditons such as peripheral neuropathy in both men and women!